Dress up your video background and atmosphere with this RGB Mini Creative M1 On-Camera Video LED Light. The pocket-sized light allows you to adjust hue and saturation from 360 colors when in RGB mode, and the color temperature is adjustable from 2500 to 8500K to match an ambient light source. There are also 15 special effect modes and 40 presets that add speed and creativity to your shoot. It is rated with a high CRI of 97 that ensures natural and accurate color rendering.

The light features an integrated, articulating mounting bracket that includes multiple 1/4″-20 threads for mounting in a variety of positions. There’s also a built-in mic to utilize the Music mode, which allows the light to change based on the beat of the music. The integrated 2410mAh battery charges using the included USB Type-C cable, and it lasts about 2.5 hours when at 100% power. The LCD screen on the rear is controlled by two control dials and one button on the side. Also included with the light is a carry pouch, a 1/4″-20 to shoe adapter, and an Allen wrench. 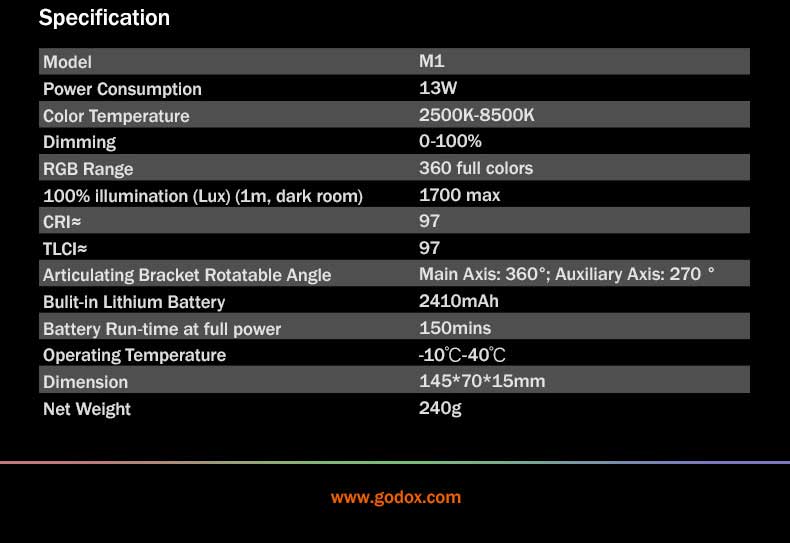 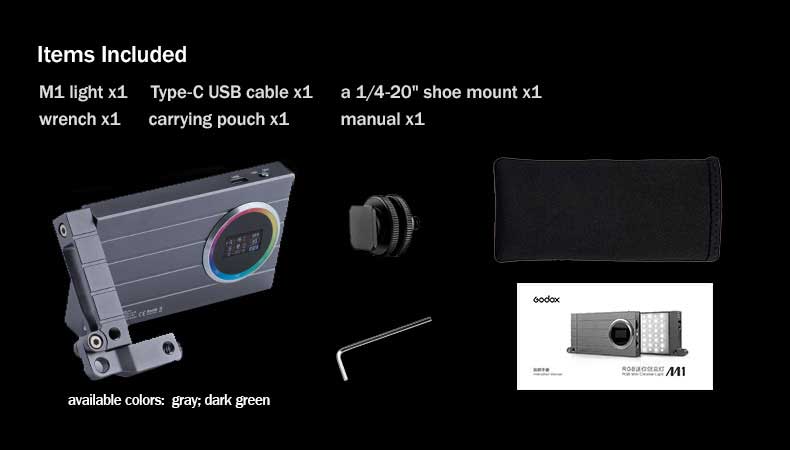 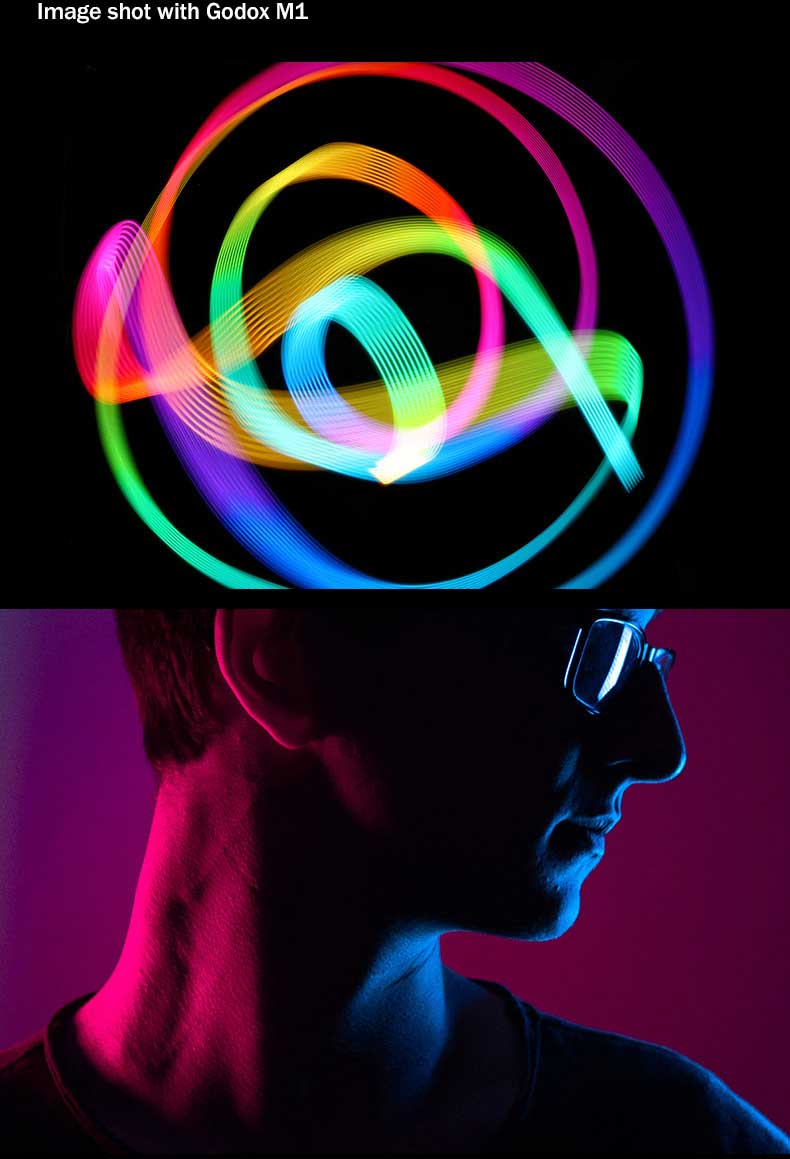 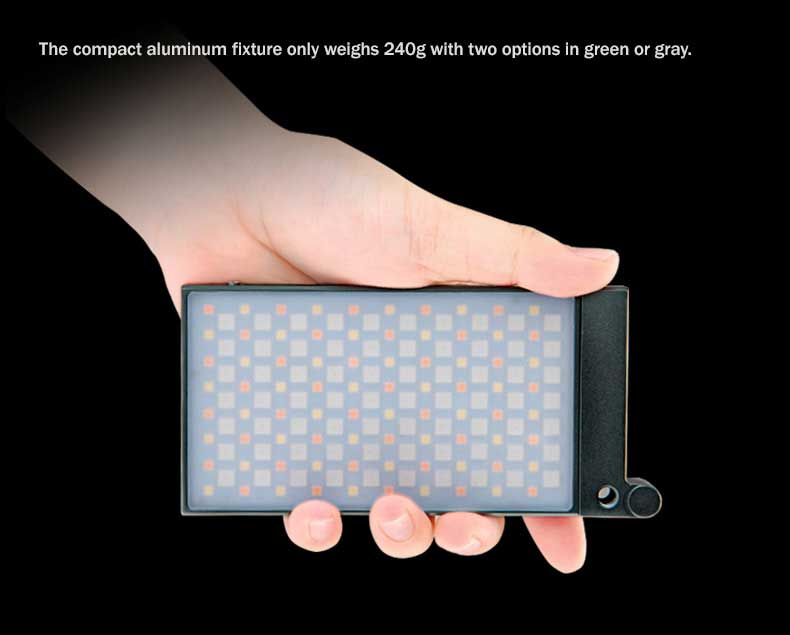 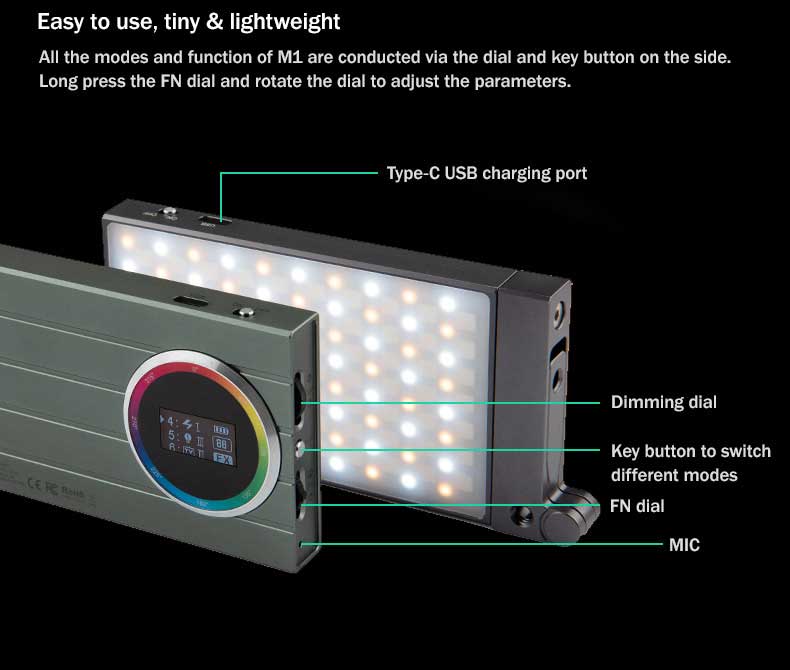 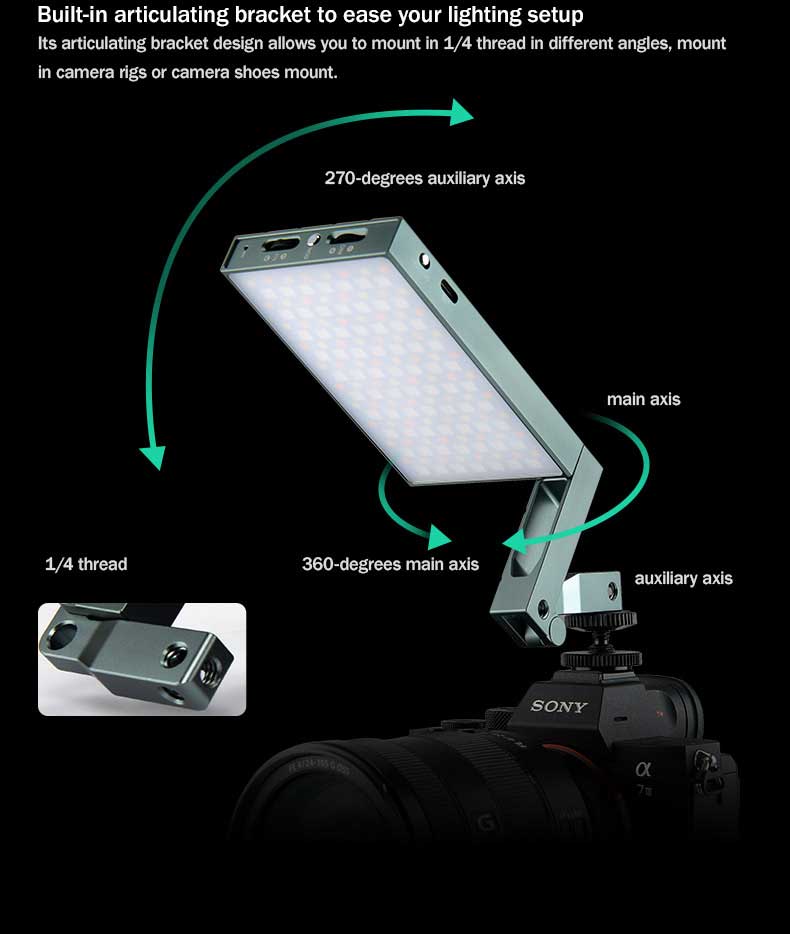 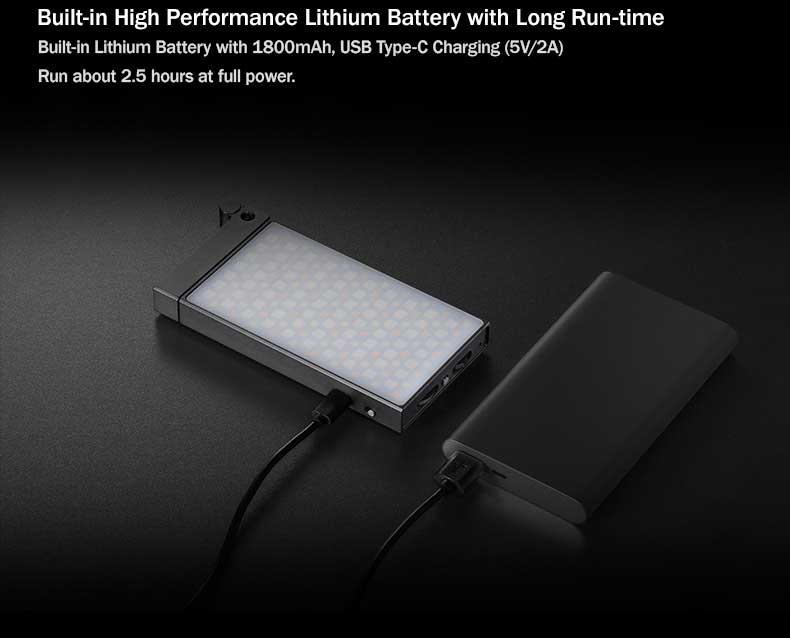 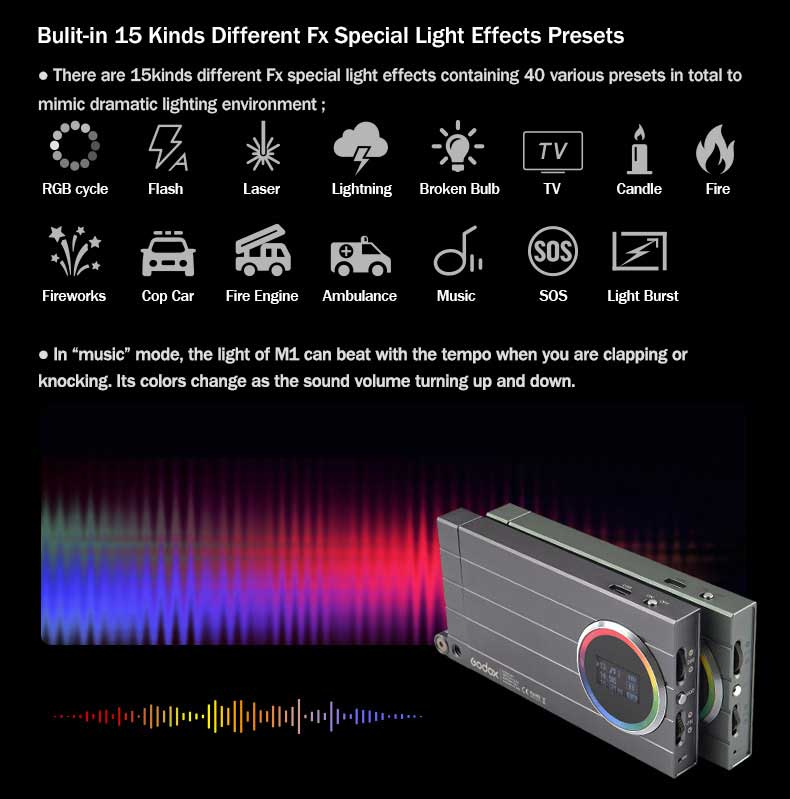 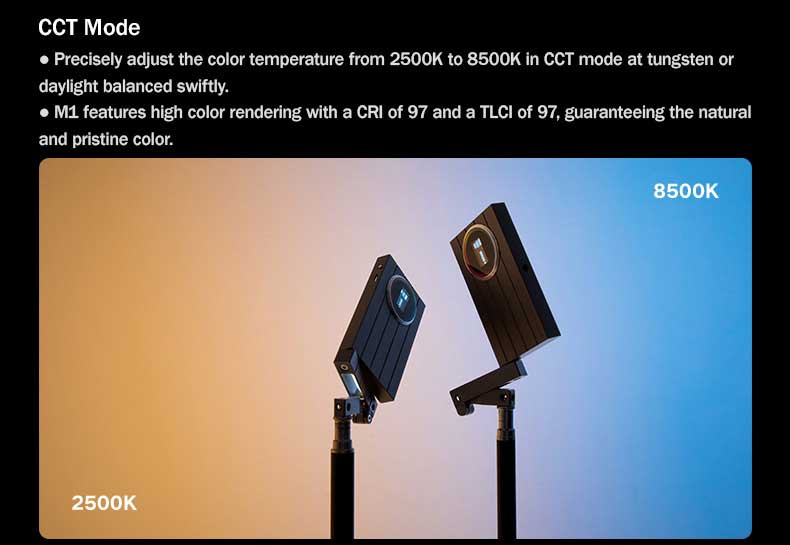 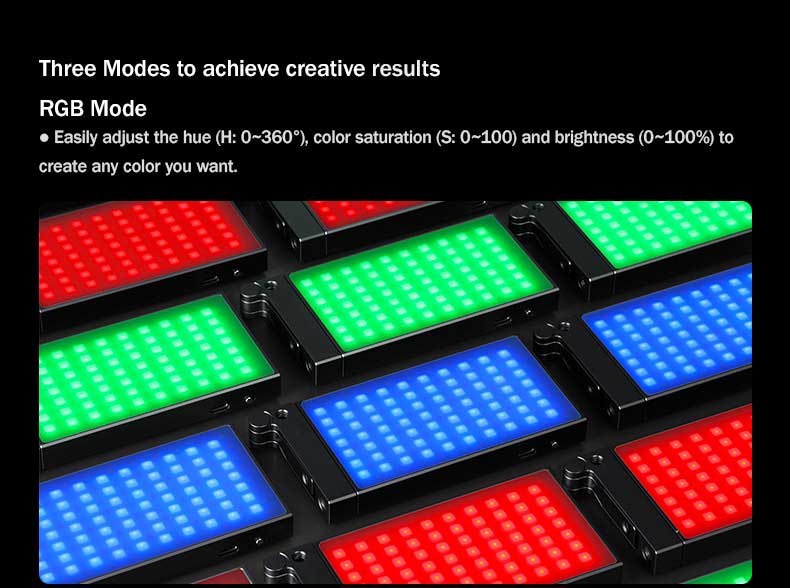 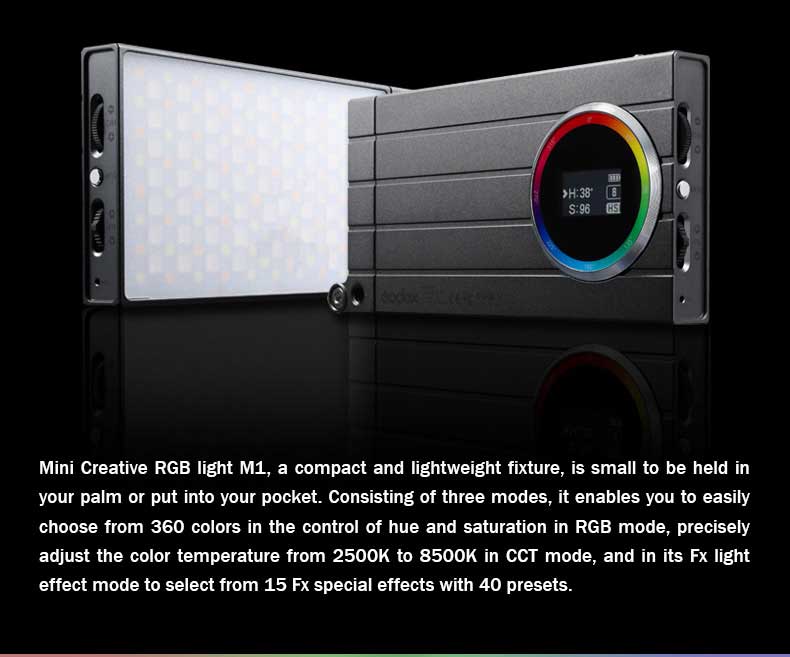 Be the first to leave a review.